February, 2016- Client charged with Driving While Intoxicated as a felony. Client was in car accident and taken to hospital after his arrest. We obtained the hospital records and successfully proved client was absolutely not intoxicated. Felony DWI dismissed.

January, 2016- Client charged with Burglary in the Second Degree, facing a potential life sentence. Very proud to report a Not Guilty verdict after jury trial.

December, 2015- After reviewing our past year we are very proud that our office did not have any convictions for DWI, Vehicle and Traffic Law section 1192 or 1193. All clients in 2015 received reduced, non-criminal dispositions or dismissals on all DWI arrests.

November, 2015- Very excited to obtain a stay of sentence for client convicted of Homicide. We immediately arranged for her release from jail and are looking forward to a successful appeal.

July, 2015- Client charged with Criminal Possession of a Controlled Substance as a felony. Successfully argued search was improper. Case dismissed.

July, 2013- Client charged with Assault in the Third Degree for striking another individual. After months of conferences, case dismissed.

July, 2015- Client charged with Criminal Possession of a Weapon in the Second Degree for allegedly possessing a loaded firearm with a minimum three and a half year prison sentence. Successfully argued that the stop and arrest of client violated his constitutional rights. Client ultimately received a sealed, non-criminal disposition.

July, 2015- Extremely proud of our clients’ successful completion of the Judicial Diversion Program (Drug Court) after originally being charged with multiple Burglaries.

June, 2015- Client accused of Robbery in the Second Degree. Our office uncovered evidence demonstrating our client was not an active participant in a robbery. Case dismissed.

May, 2015- Client accused of Assault in the Third Degree for allegedly punching a co-worker resulting in stitches. Our office provided proof necessary to establish our client was acting in self defense. Case dismissed.

May, 2015- Client accused of Criminal Contempt in the Second Degree for allegedly calling ex-girlfriend in violation of protective order. Our office secured phone records proving client’s innocence and obtained a written statement from the actual individual responsible for the phone call. Case dismissed.

April, 2015- Client charged with Driving While Intoxicated with a blood alcohol reading of .15%. During cross-examination of the arresting officer, client was offered a non-criminal violation.

February, 2015- Client charged with Driving While Intoxicated with a blood alcohol reading of .16%. Successfully argued client’s right to counsel was violated and arranged for a reduction to a non-criminal violation.

November, 2014- Client accused of Driving While Ability Impaired by Drugs. Successfully proved client was not under influence of any drugs and he was wrongfully arrested. DWI dismissed!

Note: Past work does not ensure future results. 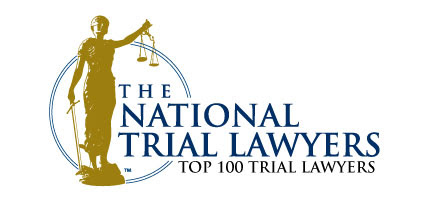 OUR MISSION IS YOUR SUCCESS

2022 © The Law Offices of Jonathan B. Manley
All rights reserved. Managed by MES
*This website is attorney advertising.